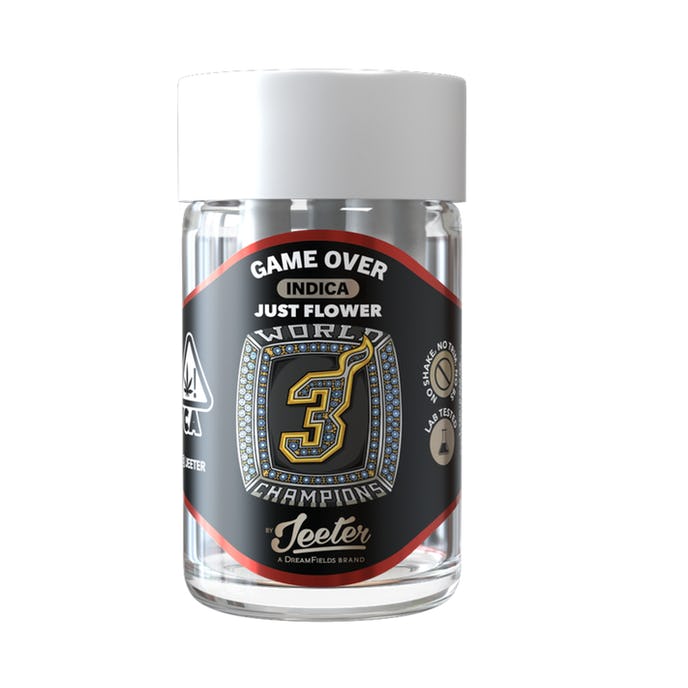 Jeeter Dwade’s Game Over: Jeeters was born in the city & surburban streets of South Florida. The name “Baby Jeeter” was a catchy slang within the local culture that was the alternative name for a joint. The slogan was quickly coined, “Pass the Jeeter” and became common language to our crew! Fast forward to a decade later and we have brought Jeeter to life in the California cannabis markets. Jeeter pre rolls Built on nostalgic memories, Jeeter is now one of the leading pre-roll brands in California.

The launch of Wade cannabis entails three exclusive strains. You’ll get Baby Jeeter mini-joints that include Fruit Punch. That’s a Sativa strain mixture of fruity, tropical highlight.  There’s also an infused hybrid, Mojilato, made from a blend of Thin Mint Girl Scout Cookies and Sunset Sherbet. Finally, you have Game Over (the name comes from a poem Wade wrote), an Indica with smooth, relaxing, and clear effects. Dwayne jeeters and Dwade’s jeeters are results of Dwayne Wade’s collaboration with Jeeters.

Jeeter Dwayne Wade is adding to his growing portfolio and is getting into the Cannabis game. Wade announced on Thursday that he is partnering with Jeeter for a limited edition Cannabis release. He releases the following 3 flavors with his partnership with Jeeters: Game over which is just flower, Mojilato Infused, and Fruit Punch which is also infused. Game Over is an Indica dominant strain with a 60:40 Indica / Sativa ratio. It is a cross between Purple Dragon and Green Thai, which creates an amazing 21.2 THC content along with 0.63% CBD level that does more than lift your spirits.

Dwayne jeeters The strain offers an exquisite high that will keep you coming back for more without any regrets whatsoever. Apart from packing a solid punch, Game over is a total treat for individuals who are looking to uplift their mood. Jeeter apparel gives you opportunities to get Jeeter products like T’s and many more from baby jeeter official.