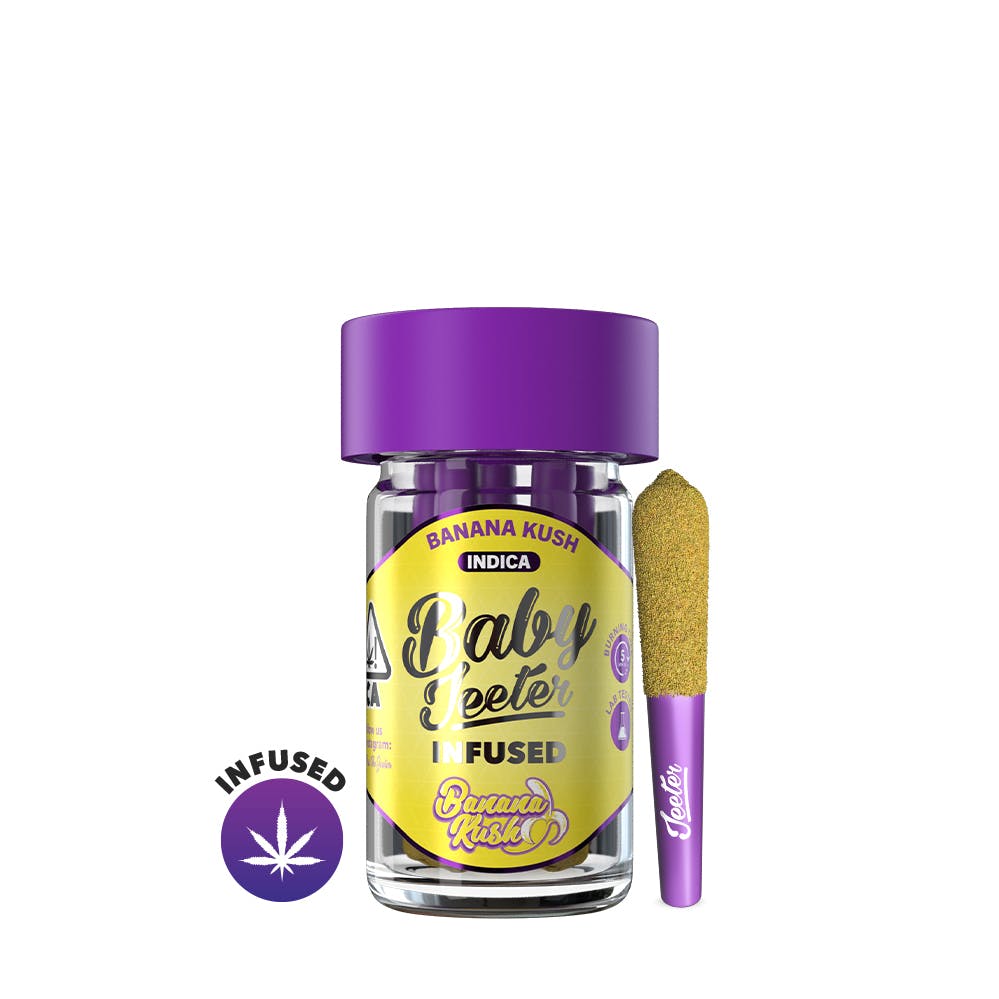 This legendary West Coast strain crosses Ghost OG and Skunk Haze to create an indica-dominant hybrid that tastes and smells like a bushel of fresh bananas. Banana Kush tends to provide a mellow buzz alongside a relaxed sense of euphoria. A great choice when dealing with stress or depression. Banana Kush also helps stimulate your creative juices and can help you remain talkative in social settings.

About this strain: Banana Kush

Banana Kush is a cultivar with at least two origin stories.

The breeders at Cali Kush claim their Banana Kush is a cross between the widely-known OG Kush and a male Banana. This genetic combination formed a cultivar with a creamy banana flavor and the sedative effects OG Kush is known for.

Furthermore, Jeeter pre roll Crockett Family Farms tells another tale. The breeders there claim that Banana Kush descended from a particular phenotype of OG Kush named Ghost OG, which was crossed with a Skunk x Haze hybrid. Ghost OG reportedly had boasted stable genetics for nearly nine years at the time of breeding, while Skunk x Haze has enjoyed a stellar reputation since the 1970s. Baby Jeeters Banana Kush was so named simply for its mild banana aroma.